Lebanon is bordered by Syria, Israel and the Mediterranean. Lebanon used to be a jet-set Hollywood playground. The capital, Beirut, used to be known as the ‘Paris of the Middle East’.  15 years of war from 1975 – 1990 made it a less popular destination.  To their credit, Lebanon took in 2 million of Syria’s 6 million refugees. (Turkey and Jordan took 2 million each as well). However Lebanon’s own population is only 6 million, so adding 2 million extra causes some tension. I spent a month in Lebanon’s Beeka Valley to volunteer with Syrain refugees living in tents for over six years.  Before returning home, I managed to visit some truly remarkable sights, forests and beaches throughout Lebanon as the photos below will show.

My Favorite pic from visit to Tacoma Murals Projec

My 2nd Favorite from the Tacoma Murals Project... 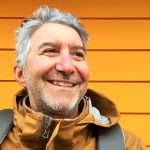